The store will not work correctly in the case when cookies are disabled.

Optimizer Premier automatically selects among available data connections like cell, WiFi, and satellite, all while providing compression and access control.

Skip to the end of the images gallery 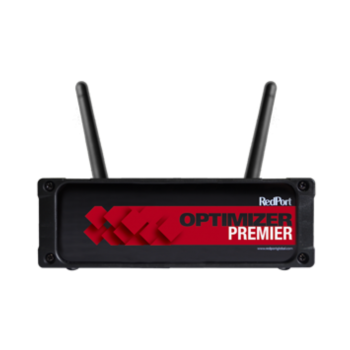 Skip to the beginning of the images gallery

Satellite Data, VoIP, WiFi, and GSM – In One Elegant Package

Optimizer Premier combines a powerful satellite data router with a VoIP gateway, offering a flexible, elegant solution for onboard multi-user environments. With a multi-WAN functionality and full failover capabilities between networks, Optimizer Premier is the true hub for all your onboard networks:

Most importantly, Optimizer Premier provides PIN-code capabilities for any type of connection you might have, giving you ultimate control over how much access (and airtime) users can have.

Because Optimizer Premier also re-broadcasts available compatible GSM and long-range Wi-Fi signals, its powerful data controls (including PIN-codes!) can be used with networks other than the primary satellite connections.

The voice capabilities of Optimizer Premier allow for unlimited multi-VoIP (unlimited extensions), conversion from VoIP to circuit-switch, and some of the best compression rates on the planet: 15 minutes of talk time per MB. Because of the PIN-code capabilities of the router, PIN-codes can be created for crew, passengers, work teams, and guests for both data or voice calls.

Unlike traditional satellite airtime plans where only one outgoing call can be made at a time, Optimizer Premier allows for 4 simultaneous outgoing calls over most satellite broadband terminals.

Why You Need Automatic Failover

With automatic failover configured, Optimizer Premier will automatically switch between available networks to give you the fastest, cheapest connectivity available to you at that time. Users can be connected to long-range Wi-Fi (say at a marina), pull away from shore and failover to GSM, and then finally failover to satellite once completely out of the reach of terrestrial networks.

Best of all? You can configure load-balancing and least-cost routing between the failover options, so you can always be assured to keep your data usage in check and under control.

With automatic failover configured, Optimizer Premier will automatically switch between available networks to give you the fastest, cheapest connectivity available to you at that time. Optimizer Premier also offers full-featured load-balancing and least-cost routing to keep your airtime costs under your control.

Manage and control crew, passenger and operational data access by PIN-codes through the integrated captive portal.

Create and manage even the most complex networks with enterprise-grade features. Experienced networking professionals will find every necessary feature to configure networks as desired.

Allows you to tightly manage traffic over the satellite link to block unwanted airtime usage.

Users can access email via a local web page or by simply entering settings into their preferred email client (such as Outlook or Apple Mail) with up to 20 times acceleration. RedPort routers include a full POP/SMTP RedPort Mail server.

Tracking your assets is now as simple as clicking your mouse and viewing them online. RedPort Tracking offers online maps that display exact location and offer advanced features like geo-fencing.

Use RedPort VoIP service to make up to four simultaneous calls, use prepaid or postpaid service, and get low termination rates to the destinations you call most. A built-in PBX gives you an onboard phone network for local calls.

The Optimizer Premier includes VoIP to circuit-switch conversion, which means that you can pick up your cellphone and – using the free XGate Phone app – make and receive traditional satellite phone calls with your smartphone, instead of plugging into the satellite terminal itself.

The router works with virtually all satellite providers and all computer operating systems. Note that a standard network would typically have a satellite broadband Internet terminal as the primary satellite connection and only use a narrowband satellite device (like a handheld satellite phone) as a failover device. * Some Equipment Requires Compatible Serial-USB cable (not included)

Pulsar is a data management service that lets you monitor and control the data being used by your satellite services, helping you manage your network and control your costs. Best of all, it's included with any active data service as part of the Pivotel Advantage.

Pulsar is included at no additional fee with the following active Pivotel services:

Related Products
Check items to add to the cart or